skip to main | skip to sidebar

Archive material on the Custom of the Sea

Whilst having a look at the Time Online Archive blogs, I came across this review of their coverage of the Mignonette case. It's good to see the archive material in this extraordinary case.
In 1884 the Mignonette was sailing to Australia when it ran into difficulties. The crew were left in a lifeboat without supplies. They killed a turtle, and drank their own urine. Richard Parker, the cabin boy, drank sea water and fell ill.
After 17 days they were in trouble. In accordance with the Custom of the Sea the captain, Tom Dudley, proposed that they draw lots with a view to killing and eating one of their number. The other two crewmembers, Edwin Stephens and Edmund Brooks, were not keen on the lottery. As Parker was already ailing, Dudley suggested they kill and eat him.
They did so. 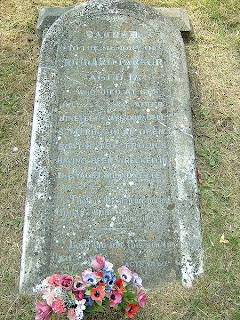 On their return to England, Dudley, Stephens and Brooks made no secret of what had happened. They were surprised to be arrested for murder. There was a clear determination on the part of the British legal system to establish a test case: Dudley and Stephens were convicted. The statutory death sentence came with a recommendation of mercy given the circumstances, and they were released after six months' hard labour. (A. W. Brian Simpson's Cannibalism and the Common Law is a brilliant survey of the legal machinations in the case).
Many of the comments on the Times Archive blog have suggested that the cannibalism is less horrific than the murder. This is not quite the point. When Tom Dudley got back to shore he was quite candid about what they had done, and why. He fully expected their actions to be understood, as indeed they initially were. The Custom of the Sea included the killing. Indeed popular tradition had it that they were only brought to court because they had not observed every nicety of the Custom and drawn lots. I was interested to see that that argument also made its appearance in the Times comments, too.
The pattern of killing and dismemberment may seem outrageous now, possibly because we have so little context for it, but it seems to have been fairly standard throughout the 19th century. There are plenty of historical and literary sources for comparison. Edgar Allan Poe's 1838 novel The Narrative of Arthur Gordon Pym of Nantucket features a very similar killing. Poe's narrative was probably based on survivors' accounts from the whaleship Essex. By a bizarre coincidence, the victim in Poe's novel was also called Richard Parker. For a more darkly comic account, but still conforming to this model, try Canto the Second of Byron's Don Juan.
I was initially interested in the subject because of the songs and ballads dealing with it. Here are two broadside ballads that deal with the historical case of the Francis Spaight, an emigrant ship which capsized in 1835. The crew drew lots before killing and eating Patrick O'Brien, a cabin boy. There are plenty of other serious songs and ballads on the subject, and they are all remarkably similar. I'd argue that this is because it was all too well known as a possibility.
As the Custom of the Sea came to be less of a threat, you also begin to find more comic songs on the subject. The Custom of the Sea comes to be, as it is for most of the people who have sent comments to the Times blog, so remote as to be culturally alien.
I was talking about this very subject at the Folklore Society's recent Sea in Legend and Tradition weekend. I have also written on it at greater length in a forthcoming article on William Makepeace Thackeray's poem 'Little Billee'. The article will appear in the next (2010) issue of the Folk Music Journal.
Posted by Paul Cowdell at 17:35

Welcome to the folklore blog of Paul Cowdell. I'll post here details of ongoing research, bits and pieces from previous fieldwork, items of news, and anything else that seems to fit.
I got interested in folklore research while working as an actor/facilitator in community theatre. I was initially interested in folk song, which remains my abiding love, but I'm easily persuaded that all aspects of folklife are fascinating and worthy of study.
I took an MA in Folklore and Cultural Tradition at the National Centre for English Cultural Tradition (NATCECT) at the University of Sheffield, graduating with a Distinction for my Dissertation on 'Traditional Song in Social Context: A Study of Romney Marsh'. I won the Folklore Society's President's Prize in 2006 for an essay on dating an unpublished agricultural protest song in the Francis Collinson folk song collection. Having done fieldwork for the Smithsonian Institution's Folklife Festival 2007, I went over to Washington DC to work there as a presenter. I have continued to do presentation work, and have made regular appearances on radio discussing aspects of folklore.
I completed a PhD at the University of Hertfordshire, looking at contemporary belief in ghosts. The thesis is available online here. I am now a Visiting Research Fellow in Folklore at the University of Hertfordshire, and a serving Council member of the Folklore Society.

You can drop me a line at paul.cowdell AT talk21.com (@ replaces AT)

An Archive of the Archive

Folklore and Folklorists around the 'net

'Ghosts and their Relationship with the Age of a City', Folklore, 125.1 (2014)
The Ashgate Research Companion to Paranormal Cultures
Alliteration in Culture
'"You Saw the Ghost, Didn't You? There's Someone Wants to Ask You about It:": Occupational Ghostlore, Narrative, and Belief', Contemporary Legend, n.s., 9 (2006 [published 2010])
Wild Signs
'Cannibal Ballads: Not Just A Question of Taste', Folk Music Journal, 9.5 (2010)
Charms Charmers and Charming